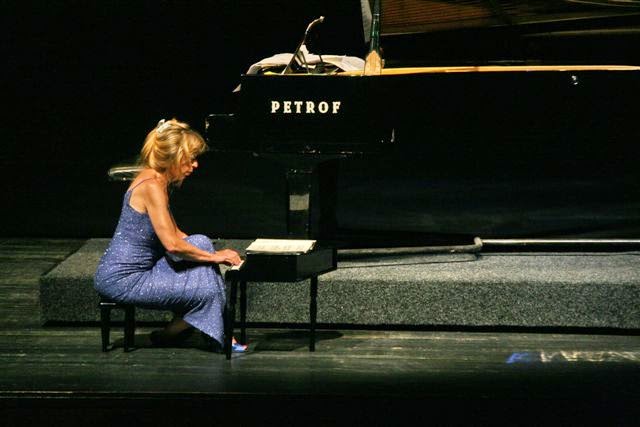 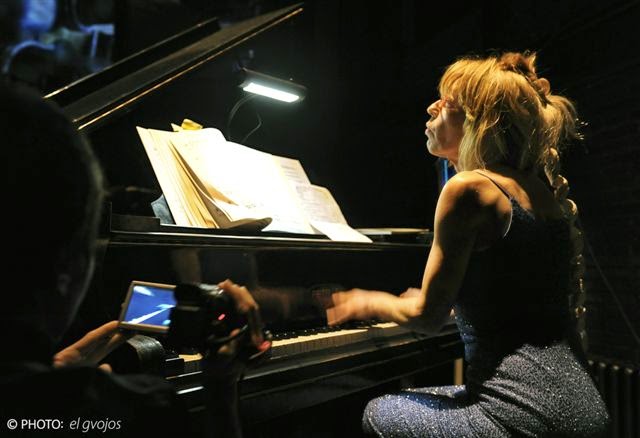 "I liked Yugoslavia. It was my country and I had a lot of friends everywhere.   Every year I played solo concerts, and also concerts with my violinist brother, in the former Yugoslav Republics. The whole country was my home.

Then came  the Yugoslav Wars in the period between 1991 and 1999.  I was completely confused.  We couldn't travel anywhere to play. Professionally, it was a disaster. Living also became difficult because of financial and political sanctions against Serbia.  And then in 1992, everything culminated with bombing of Serbia and Montenegro for more than two months.  It was too much for all of us.

At that time I left Belgrade for a village nearby. And actually, I didn't have any wish to work and to play piano, because my feeling for my country had gone.  I know many other people who had a different approach, and they started working more than they had before the war started.  But I couldn't.

I was really lost because I lost my job that was essential for my life.  I became a gardener.  I grew vegetables, there were so many that I ended up giving a lot of them away.  I was a really successful gardener. I enjoyed that job and I still garden as a hobby now in Belgrade.  I lost my identity during those years...things really fell apart for me.  But, when you are in something, you don’t feel how bad it actually might be.  Humans are flexible and we couldn't survive without this flexibility.

In the lead up before the bombing started I was working in Belgrade, at the Faculty of Music. It was a very hard time.  Every day we were advised to stay at home. We never knew when we would hear alarm and the voice over the megaphone that alerted us that the bombing would start and also when the bombing was over.  I will never forget that voice, or the sound of siren.   But of course many people still did go outside anyway, even though we were supposed to stay inside.  It was becoming difficult to manage so many things and so our work became very difficult to do.

Before things changed, and then after things settled down, a strong impulse for music came to me. I started to practice a lot. I played Classical repertoire with my brother Jovan Kolundzija, who is a great violinist and I continued with my love in contemporary music; Schoenberg, Xenakis, Cage, Messaien, Kagel… all those very famous names, classics of 20th Century, and many new composers too. From the time I was in Middle School, I was always very interested in this kind of music, a new music. So, when I returned to Belgrade I took it up again. And, I began to get my identity back when I started to play.   Nowadays I’m very happy, I work a lot, with pleasure, often long into the night.  I feel passion for my work. That’s my life. I am discovering new scores and new music, listening a lot and when I find something that is for me I want to play this so much!

Right now, I’ve made something new.  I’m now at the point in my career where I've prepared a small concert anthology of music for piano, and from that I've chosen three concert programmes.  So I’m busy preparing all the new repertoire for these new concerts.  The three concerts are one month apart for three months. Such a big job. But so nice!

After that I want to choose the best pieces and play one more concert in a Synagogue in Novi Sad; it’s a great place to play and record, play in more places and make CDs with nice book about composers and with the pieces." (Nada Kolundzija)

Belgrade-based Nada Kolundzija is an internationally renowned concert pianist and Serbia's most prominent performer and passionate promoter of contemporary music.  Over a career spanning more than four decades, Ms. Kolundzija has performed as a soloist and as a chamber music collaborator in countless concerts at home and abroad, been featured as a leading national artist on Serbian radio and television broadcasts, and won national and international awards and recognition for her artistic achievements in classical and contemporary music.

Posted by The View From Markson Pianos at 05:17