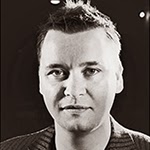 Generally I'll start my practice session with a little warm-up, play some Bach, or something light, or something Romantic, just to get the blood going through the hands. Then I'll look up the repertoire I'm performing at that particular time and focus on the technical problems because, there's no point in playing the whole programme through if you can play most of it, but get stuck on bits. So, in the Liszt for example, there are a few scary moments in there and I just make sure they're secure, that I can play them without thinking of them technically, so that the technique just functions by itself. At the same time I'll be working on the sound and the interpretation, but once the technique is solid you can then open the door into what's next; how you phrase, how you interpret the piece ...

To solve technical problems what I do is break the music down into the smallest component parts. I studied with a teacher called George Donald, and he was a pupil of two great teachers; Karl Schnabel (the son of Artur Schnabel) and Aube Tzerko who was a pupil of Artur Schnabel and they both go into something they got from Leschetiszky, who got it from Czerny who possibly got it from Beethoven; to get the composer's view of how the music is constructed so you look at motifs.

So the motifs are like the words that make up the phrase. I'm talking about practising micro phrasing hands together; so split up the phrase into the smallest unit that makes musical sense on its own. That's called the motif, and it's the stringing of these motifs together that make up a phrase. If you practise that one motif until it's right, and then you go onto the next motif and then you can string the two together so that you're not taking a running jump at a huge difficult part. The smaller the unit, the better the practice. Obviously you can't just practise the single note as that doesn't make musical,or physical, sense.

The aim is that the motif becomes instinctive. So, play it very very slowly, and with a light, but firm touch. You'd play with the key all the way down, but lightly, so that the fingers really understand the movements that they have to make. When you practise it at a slow enough speed, the brain understands the movement that the fingers have to make. Of course, when you practise faster, a certain compromise has to be made, because when you play all these motifs into a phrase you don't necessarily want your audience to hear the separate parts to the phrase, but if you don't practise like that, sometimes you can hear this and the music can sound a bit frenetic and senseless. It might feel like you're doing the phrasing right, and the pedalling right, and everything else, and getting the tone right but that sense of rushing comes from not rushing on these individual motives.

Practising in these small chunks actually builds stamina because your concentration is focussed only for a very small time, so you're not having to maintain a long line of concentration all the way. When you perform, your brain is going through the motifs so you're not focussed on thinking “I have to maintain the long line” - yes - you do have to maintain it, but you can do it in such a way as to go between the places where you can rest. You will have practised the motif within context, you will have moulded the motif into the line and that increases the stamina of practice and because you're not going over the same passage . In fact it's easier to make sense of the "long line" (as in the romantic idea of the long line) by focusing on the motifs, because instead of trying to make the line out of notes, you're making it out of the motives. It's like the difference between trying to make sentences and paragraphs out of individual letters, or trying to make it out of words.

I wouldn't play it excessively until it's right because you end up killing your ear and numbing your brain, so I think play the motif 3 or 4 times, then go on to the next one then go back – and keep it fresh, keep everything fresh. I never sit down and open the book from beginning to end unless I'm practising the performance.

When I'm practising for a performance I do two things. When I'm playing it all the way through, I practise it very, very slowly with that kind of soft, but sure, touch. You have to be incisive but you can't bang. And that gives you the core sound. George used to tell me that Schnabel told him that the tone should sound like iron wrapped in a velvet glove, and that you should imagine even in your pianissimo that you are playing to somebody sitting at the back of a large concert hall, but never shout at them. And from that sound you can increase to your fortissimo or decrease to your pianissimo and then you practise certain things in different ways. Sometimes it's good to practise a fortissimo passage pianissimo because you can get into the habit of thundering out all these chords and you're not really hearing what you're doing at that volume, your ear gets confused. So if you take it down and listen to everything at low volume you don't get as tired actually, because it's actually quite a lot of work. Break it down tonally and again into the motifs. Playing everything through at half speed is a good test of memorisation.

I'm not a great advocate of memorisation. The fashion is already changing and pianists are returning to using the music in performance; the piano competition had made some pianists into performing monkeys. Of course, I'm not saying that ALL competition pianists are like that, and there are exceptional players rise out of the competitions, like Danil Trifonov or Federico Colli, but many who enter competitions are merely thinking about memorizing as many of the right notes as possible and churning them out. I'm not sure how healthy that is to be honest. I think it's more the fault of an individual competitor than a competition - after all, the competition organizers aren't controlling how these people play. That is down to the individual, right?

I'm from Dundee which is going through a renaissance at the moment. There's currently a twenty year campaign of building works to completely redevelop the waterfront.

Joseph Fleetwood comes from an extraordinary musical lineage, having studied extensively with George Donald, a concert pianist in Scotland and a pupil of Karl Ulrich-Schnabel. Karl’s teacher was Artur Schnabel, a pupil of Leschetiszky, who had studied under Czerny. Czerny was a protégée of Ludwig van Beethoven. It is from this training that Joseph’s concept of tone production and preparation has been developed, and his playing is attracting international critical acclaim. His current CD of piano works by Edvard Grieg is available directly from him (visit his website for details). His next recordings will be of the complete Bach Partitas, and the Liszt B minor Sonata coupled with the Schubert Wanderer Fantasy, and John McLeod's Sonata No.1