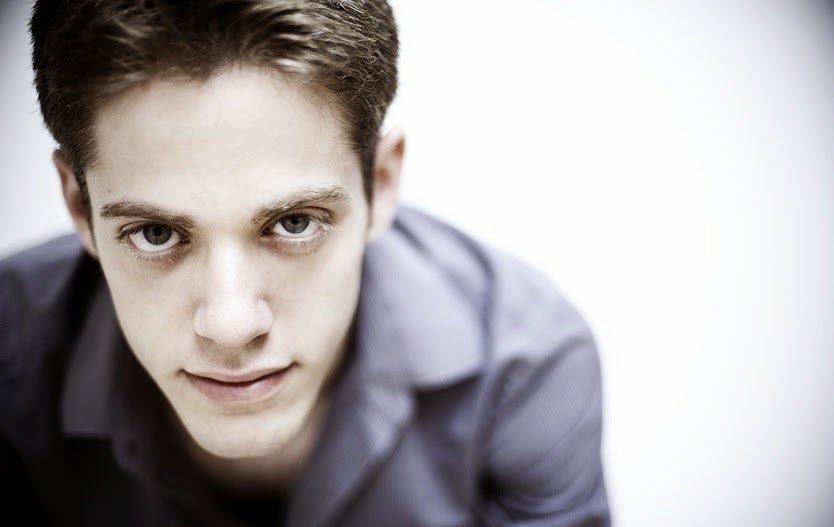 "In my next concert I’ll be playing Janacek, Rachmaninov, Tchaikovsky and also contemporary composers; Borenstein and Waley-Cohen.

Five Breaths by Freya Waley-Cohen was written specifically for me. When she handed me the score I had questions. We talked about phrases and tempi changes, we discussed everything in detail and also elements that were not written out.

I hope that my style of playing has an effect on the composers I work with; that I influence in some way the composition, through the composer having an understanding of my performance.

I have played contemporary music before, but now I have a stronger interest. In Israel we grow up playing contemporary repertoire and that must be part of the reason why I lean towards contemporary composers now. I think it was always important back in the day, and now we must do the same because we have to keep moving forward.

I play a lot of chamber music and I’m also preparing for several solo concerts in Europe. I've recorded a Tchaikovsky CD and looking forward to my second recording.

I came to England to do my Masters at the Royal Academy of Music and decided to stay because I like it so much here. There are lots of things around the business of music, superficial things, to do with image, looks, marketing, but what is ultimately most important is the music itself. When it comes to stage fright, I don’t think there’s a solution but I do think you get used to it. In a way, stage fright serves a purpose and eliminating it completely may be counterproductive; I think it means you care about the performance."(Nadav Hertzka)

Bio
Israeli pianist Nadav Hertzka has performed throughout the United States, Europe and Asia in major venues such as Carnegie Weill Hall, Wigmore Hall, Kings Place, Shanghai Conservatory, and Avery Fisher Hall. His festival appearances include the Mostly Mozart Festival in Lincoln Center, the Beethoven Festival in Israel and the Mozart Festival in Malta, as well as engagements in China, Russia, Czech Republic, Switzerland, Austria, Belgium, England and Scotland.

Posted by The View From Markson Pianos at 10:10 No comments: 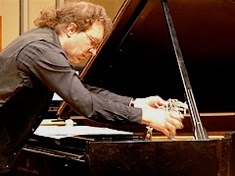 "I do a lot of ‘accompanying’ work for students taking exams and diplomas, but the kind of piano playing I like to do as a professional performer is chamber music, with a duo or trio or a larger group. I don’t see any of this as ‘accompanying’. The word has a lot of baggage attached to it because it makes the pianist sound like a kind of servant. To me, the piano is always an equal partner and a lot of the piano writing in the chamber repertoire is equally as difficult and challenging and interesting as the solo repertoire. I would say that music where the piano sounds like it is accompanying is often bad music. As a pianist, you can find a lot of equality with the singer or instrumentalist you are playing with. It doesn’t matter how simple the piano part might be. When Schubert writes a song, it’s a piece for voice and piano, it’s not just a vocal line with the piano providing the harmony, there’s a lot more to it. For example, in many Schubert songs, the piano may be playing the same thing over and over again in each verse, but if you look at the meaning of the words and use your creativity, you can make the music different on each verse and so actually bring something to the piano part that isn’t there on paper. I think all of the truly great pianists played chamber music and felt it was part of their musical life. Then there were the great players like, for example, Gerald Moore who became known as an ‘accompanist’ (and of course wrote the classic little book 'The Unashamed Accompanist’) and more recent pianists like Roger Vignoles or Malcolm Martineau who perform with singers. I prefer not to use the word ‘accompanist’ to describe such great pianists.

I like to bring little known music to wider audiences; that’s always been my primary function. I mainly perform composers who are still alive; I really like exploring unfamiliar music, that’s the driving force for me. If an audience loves the music as much as I do, then that’s great! I also compose when I have time, more recently mainly pieces for bass clarinet and piano for my duo with bass clarinettist Sarah Watts (SCAW). I also compose pieces for bass clarinet choir. I’m very much a British music lineage composer with influences from Elgar to Birtwistle." (Antony Clare)

For information about forthcoming events for SCAW, visit:
www.scawduo.com
Posted by The View From Markson Pianos at 03:22 No comments: