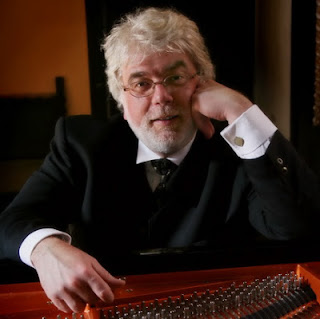 "I started composing when I was six years old. I was quite gifted and developed a good craft. My blood is basically Croatian and this explains why my rhythms are usually never 4/4. Sometimes I integrate Croatian folk themes. I refer to my compositional process as “improvisation and then condensation”. In previous times it was not unusual for a concert musician to also be a composer as I am – but these days it is far less common. Look at Bach, Haydn, Mozart, Beethoven, Chopin up to Rachmaninov.  They were pianists and composers; they played their own music in concerts. And that is exactly what I do. But it seems that over time composers have become desktop writers who cannot generally perform their own music. This is partly the result of the dodecaphonic period – there was no improvising any more and music went into the hands of composers who did not play the instrument themselves. But that's not my way of doing things.   In my own concerts I perform Classical repertoire alongside my own catalogue of works. There are administrative obstacles at times which prohibit the performance of original works – this is to do with the way royalties laws are structured here in Germany where I live and where I perform many of my concerts. There is a hefty fee that must be paid to the authorities whenever new music is preformed. Promoters often cannot support this cost so it is added to the ticket entrance price – which often makes the ticket too expensive for people to buy. So what happens is that new music is avoided in order to keep concerts economical.  So it is not always possible to perform my own works, especially in Germany.  But I have recently been performing new music in various North European countries, playing my own projects that sometimes integrate video, midi (computer) and violin with piano. After an intense period of concerts and travelling I finally be at home on Christmas Day.  I will switch off my cellphone and computer and be with my family.  We'll go hear our son singing with the Dome Choir of Essen - what an atmosphere!  On December 27th our extended family will gather for some amazing food.  It's not often that we all get together.  We'll be listening to my own Christmas CD; 23 treasured carols that I recorded in both classical and jazz styles."  (Ratko Delorko)

Ratko discovered the piano at the age of three.  He studied piano, composition and conducting in Cologne, Dusseldorf and Munich, performs widely in various venues (such as Berlin Philharmonie, Dusseldof Tonhall, Cologne Philharmonie, Munich Gasteig, London Saint Martin in the Fields, Paleau de la Musica Valencia, Beijing Concert Hall, Shaghai Oriental Arts) and also works as a adjudicator within international piano competitions.  Ratko has also developed a series of lectures about the history of the piano during which he uses original keyboards to illustrate authentic music.

To connect with Ratko Delorko please visit his website and discover his piano books, recordings and upcoming concert appearances.

Posted by The View From Markson Pianos at 15:16 1 comment: