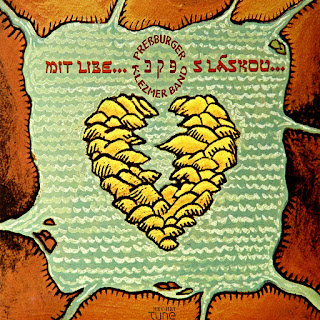 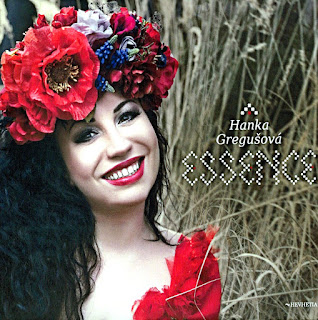 
"I met James Brawn, who performs at Markson Pianos Concert Series, through his record label MSR Classics which I’ve been looking after for two or three years. It was actually quite a fluke how we met because initially I noticed the label was advertising a three disc box set by Czech composer Viktor Kalabis that I wanted so I contacted them and then ended up being their distributor. So I heard James Brawn through finding him on the same label, and now see him at many of his concerts.

I got into label distribution in a kind of roundabout way. My late wife Helen and I got involved in a project at Finchley Reform Synagogue to research one of their Torah scrolls from a small village near Prague that had been looted by the Nazis. We spent months researching and then went with an organised party to the Czech Republic.

We ended up making connections with a music dealer in Prague who we began buying material from. We put it on our website, and I gradually made contact with a couple of UK distributors. After around six months I got asked by the Slovakian label Hevhetia if we would be interested to distribute their records. The first record they sent was Miki Skuta playing Bach’s Goldberg Variations and it got a double five star rating in BBC Music magazine. And that’s how we got started.

Over time other labels have come to us, or I’ve discovered them. I think I have around 12 or 14 labels, and each of them have extensive catalogues. I tend to concentrate on new releases rather than back catalogues.

As a daily routine I ship out orders to shops, or I deal with customers who come to my website, or to our Amazon store so I take care of the orders first. I have all the packaging here, together with the hundreds of CDs I’m currently handling, and I also have a franking machine. I have to personally take the discs to the sorting office which makes for a pleasant walk as part of my working day. I also write several newsletters to send out to my clients.

I’m currently busy trying to promote Hevhetia who have a really interesting catalogue of music I’d call contemporary in the sense of it could be jazz, it could be rock, it could be folk, it could be electronics, and because it’s Slovakian it’s not quite what you’d expect. And that’s what I like about it. For example, take the record by singer Hanka Gregušova; it appears to be a folk music disc but once you start investigating …. yes she has many famous Slovakian folk themes but it’s all been reinvented and reimagined for the twenty first century, so it comes with jazz, rock, even Reggae beats. She’s gathered around her on this disc some of the best Czech jazz musicians, and also has a cimbalom band. There’s a whole mix of contemporary sounds and there’s her voice in the middle – she’s a real singer! So I’m distributing this worldwide and also as a download; it’s available in over 200 online music stores.

And there’s another disc I’m currently working with by AMC Trio. The band appears to be a standard jazz combo of piano, bass and drums, but they long ago stopped playing traditional jazz pieces like the American Songbook because, as they told me, they didn’t feel that as Slovaks, they could really play American music properly. So now everything they play they write together as a collective, and instead of just being a kind of Slovakian slanted jazz, everything has a story, each piece has a kind of narrative. So if you look at the title track “Waiting for a wolf” (and there’s lots of wolves in Slovakia!), they’ve written this:

Have you ever spent a night, under the stars, deep in the Carpathian Mountains with only ancient trees for company?

And they’ve also composed one of the most heartbreaking jazz numbers I’ve ever heard; “She’s leaving for heaven”

For those who have lost someone close forever

And another of my current projects is the Pressburger Klezmer band who are the oldest klezmer band in Slovakia. Obviously during the war and afterward during the Communist period anything Jewish was not exactly encouraged, but since the Velvet Revolution when Slovakia came into being, there’s been a lot of interest in the Jewish culture. Pressburger have taken these famous old melodies and they’ve wrapped them up in a modern type of medium.

The Slovaks have become very creative. When the old Czechoslovakia broke apart I think the Czech’s got most of the culture and so the Slovaks have had to start again. In doing so they’ve not only been creating new things, as we see in the music of AMC Trio, but they’ve been going back and rediscovering some of their past, as we see in Pressburger Klezmer Band and also in Hanka Gregušova with her folk themes." (Laurence Lewis)


*********
Connect with Laurence Lewis
Czech Everything