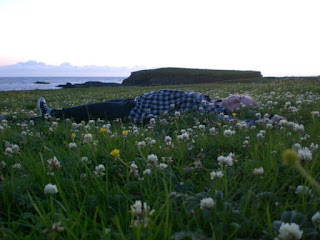 "Initially I was working on an electric keyboard, but by the time I got to Grade V, I realised that I needed to work on an acoustic piano. Because we only had a few pianos in my secondary school, I remember the rush at lunchtime or after school to get to the music department first! And then when I got to college I began by working on a boxed piano, and soon after I began to work on a grand piano, which was great.  It was much more sensitive, and because of the room it was in, and the acoustics and the piano being really good, all of the things I had been practicing for years finally really came out, I didn’t have to worry about getting the sound out now I was on a good piano. I use the piano now for performing, coming up with ideas for composition and for having fun and messing about on as well. I think what partly draws me is the versatility in producing rich, dense, chordal textures, but also legato, singing melodies and you can use it more percussively (as you find in some more contemporary pieces). And of course it can act as a solo or ensemble based instrument too. I get classical piano lessons; I’m doing performance at Goldsmiths University. I started preparing for my end of year recital in October; I’m playing Beethoven and a Chopin Nocturne.  My teacher suggested some Ginastera, as I wanted something more contemporary and rhythmically challenging. Technically each one has its own difficulties.  For example in the Ginastera, getting the triplets in time to be correct by not mechanical, and with the right accentuation is my main focus and the left hand part is quite hard as well. I’m also doing one of his American Preludes, which has octaves in both hands the whole way through, so I’m trying to build my stamina up for that as well. The Beethoven is challenging because it’s quite a well known piece.  I’m trying to stay true to Beethoven’s instructions and also be passionate with it, it’s called the Pathetique!  Barenboim’s interpretation definitely inspires me the most as he seems to capture the essence of it so well. I hadn’t got my hands on Chopin until now, but as soon as you start learning it you realise how pianistic it is, perfect for piano players. Such a contrast with Beethoven, some of his markings are not pianistic.  Probably, Beethoven had his own way of playing.  My teacher guides me with interpretation but never dictates how I should play something and encourages me to be show individuality through playing. If I’m ever frustrated or feeling like the practice isn’t working, then I just stop because you’re not going to get anywhere.  The right mode of practice is when you’re feeling focused and content.  You’re kind of in the zone. I try to play for a few hours every day. I think after completing my studies I would like to do some performance but not become a Concert Pianist. I also compose; that’s one of my real passions.  I’d really like to teach piano too. " (Dilara Aydin-Corbett)
Posted by The View From Markson Pianos at 14:09