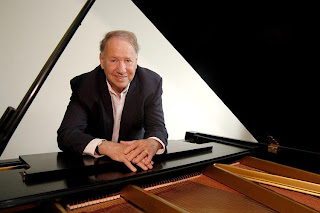 “I’ve taught a huge number of private students from aged 7 up to college age from lower level up to concert level. As they approach college age I always told them there were two routes. First, they could try for the biggest names, i.e. Julliard, Curtis, Eastman, and spend a huge amount of money along the way. Or, they could come here to USC, save a huge amount of money and then on graduation apply to a top graduate degree program like those named above. USC has been hugely successful with this approach to recruiting big talents.

When students go directly from your studio to a top flight school, the minute they hit that level the name of the teacher who got them there in the first place seems to disappear in favour of a bigger name. So for example, when they have a concert and name their teachers – they will only put the bigger name and never recognise the teacher who worked with them in their formative years. So I have a bone about that and I’ve sometimes made a pertinent comment! I’ve found it has improved in recent years, in some students, in their maturity have looked back. I’ve heard from students now in their 50’s and 60’s and they’ve started to pour our these very emotional stories about what I meant to them and how I made them realise all these things about themselves and how I opened up a whole world of music for them – all this family stuff, “my father was very opposed to me doing this, and “I was suffering from all this emotionally”…etc. Of course I’ve found this enormously gratifying!

I grew up in the South, in Birmingham Alabama, in the 1930’s and ‘40’s - it was like South Africa, we had complete segregation. I played by ear until I was 11, it was perfectly usual just to be able to play. My first teacher was Elizabeth Allen. She pulled me up to quite a high level in just two years. She had been trained by the same teacher (a composer herself) who had developed the composer William Gillock. I was already in the line of some high level, serious pedagogy.

We moved home and my second teacher was responsible for bringing one of Clara Schumann’s last students, Carl Friedberg, all the way from Julliard to Kansas City. His comments to me when I was seventeen were just riveting. No one had told me I had a special gift and could go far. He asked me to go to New York to work with him but my father had a fit and said no way. Over the next years I had lessons with him when he visited Kansas – he was the first great influence on my life.” (John Kenneth Adams, July 2013)

About John: American pianist John Kenneth Adams has travelled the globe presenting recitals, “Piano Portraits”, master classes and lecture-recitals to audiences in 22 countries. He has successfully blended a wide choice of repertoire with his unique ability to speak about music in terms that bring audiences closer to the music. Long known for his powerful performances of French repertoire, including the complete piano music of Claude Debussy, he has also made a strong reputation as an exponent of major works of Schubert, Schumann and Brahms.